BélO has been hailed as Haiti’s musical ambassador to the world. A socially conscious singer-songwriter with a sophisticated sound and winner of numerous awards, including the prestigious "Prix Radio France International Discoveries of 2006," BelO’s sound is a mixture of Worldbeat, Rock, Reggae and Haitian traditional rhythms known as “Ragganga”. 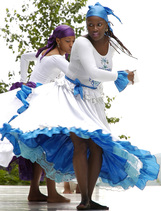 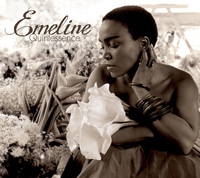 Hailed as the "Joni Mitchell of Haiti," Emeline Michel has emerged as the reigning queen of Haitian song. Her songs merge native Haitian compas and rara with jazz, pop, bossa nova, and samba. A captivating performer, versatile vocalist, accomplished dancer, songwriter, and producer, Emeline sings in French and Haitian Creole, and her worldwide concerts and seven CDs have catapulted her to international acclaim.
Website: http://www.emeline-michel.com/

Float away on the enchanting voice of Stevy Mahy whose lyrics flow seamlessly over rich acoustic melodies that envelop and warm the soul. Growing up in a musical household, she spent her time between her birthplace, Paris and Guadeloupe. Stevy's music is distinctly influenced by her global childhood. Singing in English, French, and Creole, her hushed tones and intimate style are complemented by the hints of Caribbean rhythm. 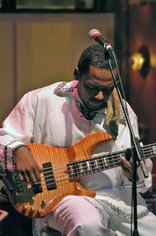 Daniel  Beaubrun A.K.A Dadi founding members of the acclaimed World Music group "Boukman Eksperyans".  Among Dadi's many accomplishments is the 1992 Grammy nominated album of the year in the World Beat category,  "Vodou Adjae", which he co-wrote and produced.  As one of the pioneers of the "Rasin" (Roots) music, his original style has taken Vodou music out of Haiti giving it international recognition. Since leaving the band he co-founded with brother Theodore "Lolo" Beaubrun, Daniel has worked with such internationally acclaimed artists as Peter Gabriel, Youssou N'Dour,  Jimmy Cliff  and Asa, and even contributed tracks to the Wyclef Jean album Ecleftic and Kreyol 101. Dadi's unique flair is a fusion of  Rock, Pop, Reggae and West African flavor bring forth a new vision of cross culture distinction for "Rasin" (Roots) music. 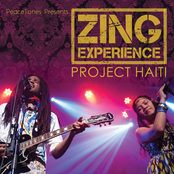